Free Your Voice | taught by Petra Raspel
Enroll for free

Do you normally feel secure in your vocal technique but freeze every time it really matters (auditions, performances...)?

Would you like to be more vocally versatile but feel stuck in a rut?

Do you think that not really understanding your voice, and how to sing technically efficiently, holds you back as an artist?

Is your work/life balance at a crossroads, and you don't feel fulfilled in either?

This free resource pack contains a lesson on postural alignment, my postural alignment slides and selected articles I wrote over the years. They will give an insight into questions related to voice care, performance psychology and life and career coaching for artists.

Please feel free to join the private Facebook group, where you can ask your questions, will be provided with interesting information, regular Q&A and Facebook Live sessions.

Please note that signing up to this course will add your basic details (name, email address) to a MailChimp database. You will, on occasion, receive updates about my services via my newsletter. You can unsubscribe at any time, either by contacting me directly or clicking the corresponding link in the newsletter. 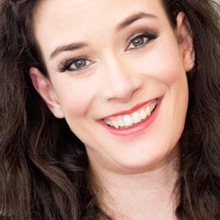 I started my musical career in my early 20s: First as a classical singer, then I retrained in Musical Theatre and mainly focused on performing until my move to Scotland in 2006. By that time, I had not only experienced the trials and tribulations of a performer vocally, but also mentally and emotionally: Despite being what most people would call "successful", I often suffered from self-doubt, negative beliefs tied to my voice, insecurity about whether I had chosen the right path and if I was vocally versatile enough.

My vocal journey was more straightforward (thanks to the amazing teachers I had throughout my life) than finally settling on a career path that was right for me. After focusing on vocal performance for the best of a decade, I chose to make the full change to teaching/coaching. It allowed me to find true balance, start a family and do what I love most and do best: Working with people, and helping them to become the singers and artists they deserve to be.

I have been running a successful private vocal studio in the Glasgow area/Scotland for over a decade now. Past and present students include actors and singers in critically acclaimed films, The Voice UK participants and professional performers in Musical Theatre, Pop, Rock and Scottish Traditional Music/Folk.

I also work as an associate tutor for Vocal Performance at the University of the Highlands an Islands. I am a published author (e.g. Music Teacher Magazine, The Banter) and write for several blogs on subjects relating to vocal performance and creative life and career coaching.

I noticed a real need for coaching that goes beyond “singing the right notes” in my clients and have been expanding on this aspect of my work for the past 5 years. Apart from a degree in Music & Theatre and a diploma in Education, I also hold additional qualifications in Psychology and Coaching & Mentoring.

My work is the result of over two decades of experience as a performer, vocal coach/singing teacher and life coach. So if you would like to work with me, you have come to the right place...

Want on demand training and exclusive 1-2-1 attention? You can book private coaching sessions with me, no matter where you are. Book a slot here:

by Kristina Trengrove
I am a semi-professional singer and received this as a thank you for subscribing to your newsletter. I enjoy your blog, and I also enjoyed this taster. It definitely gets me interested in your courses, I hope you won't let us wait too long :)

by Kristina Trengrove
I am a semi-professional singer and received this as a thank you for subscribing to your newsletter. I enjoy your blog, and I also enjoyed this taster. It definitely gets me interested in your courses, I hope you won't let us wait too long :)
Enroll for free
We suggest moving this party over to a full size window.
You'll enjoy it way more.
Close
Go Fullscreen